She Was Hotter than a Two Dollar Pistol 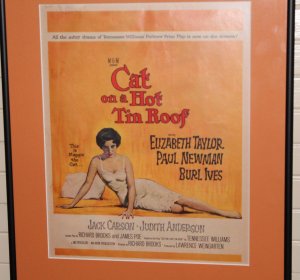 My love affair with Elizabeth Taylor has lasted longer than any of my real-life relationships and all of her eight marriages.  Liz and I go way back.

We started in 1956 with Giant which I got to see because my mother heard it was a historical movie about West Texas oil.  I was ten years old at the time she took me to see it at the Miller’s Theater in Navasota, and I decided right then and there if this was how history looked, I was all about yesterday.  I fell in love with the heroine who was married to Rock Hudson but wild for James Dean.  She was the most beautiful woman I’d ever seen.

The following year Raintree County was released, and it was then and is today my most favorite silver screen experience with this Golden Age of Hollywood icon.  She was “hotter than a two dollar pistol and the fastest thing around…” as George Jones sang twenty years later.  For two and a half hours, I lusted after Liz who played Susanna the Hottie southern belle who stole Johnny Shawnessy from boring whiny Nell.  I never understood why two women would be in love with Montgomery Clift anyway, but I certainly knew why he was taken with Liz. 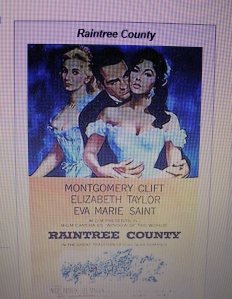 She will be remembered by many for her notorious marriages and divorces – all eight of them – think Debbie Reynolds, for example.  Then think Richard Burton and Cleopatra.  If you remember the hullabaloo from those torrid days, you must also remember the  Voting Rights Act of 1965…an act that the Supremes struck down this year.  But don’t get me started on that.

I visited a friend this week and saw the Cat on a Hot Tin Roof poster  (a poster he bought from me at one of our downsizing yard sales!) and was reminded of the time fifty years ago when I fell in love with Elizabeth Taylor and wrote her a fan letter and received a glossy 5 x 7 “autographed” photo of her from MGM.  Love, Liz, she signed.

Sheila Morris is a personal historian, essayist with humorist tendencies, lesbian activist, truth seeker and speaker in the tradition of other female Texas storytellers including her paternal grandmother. In December, 2017, the University of South Carolina Press published her collection of first-person accounts of a few of the people primarily responsible for the development of LGBTQ organizations in South Carolina. Southern Perspectives on the Queer Movement: Committed to Home will resonate with everyone interested in LGBTQ history in the South during the tumultuous times from the AIDS pandemic to marriage equality. She has published five nonfiction books including two memoirs, an essay compilation and two collections of her favorite blogs from I'll Call It Like I See It. Her first book, Deep in the Heart: A Memoir of Love and Longing received a Golden Crown Literary Society Award in 2008. Her writings have been included in various anthologies - most recently the 2017 Saints and Sinners Literary Magazine. Her latest book, Four Ticket Ride, was released in January, 2019. She is a displaced Texan living in South Carolina with her wife Teresa Williams and their dogs Spike, Charly and Carl. She is also Nana to her granddaughter Ella James born 10-01-2019. Born in rural Grimes County, Texas in 1946 her Texas roots still run wide and deep.
View all posts by Sheila Morris →
This entry was posted in Humor, Lesbian Literary, Life, Personal, Random, Reflections, Slice of Life, The Way Life Is and tagged elizabeth taylor. Bookmark the permalink.

11 Responses to She Was Hotter than a Two Dollar Pistol