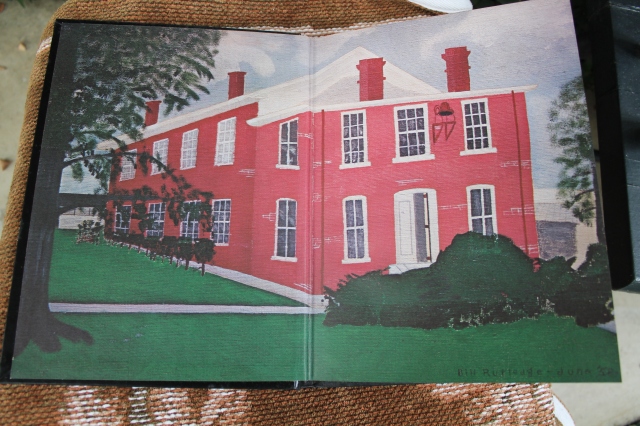 Attention Quote-a-holics – this year’s entries in the Memorable Quotes contest were the BEST, and the judge’s mind has been reeling from sifting through the quotes to pick the winners. So many quotes, so few prizes – who made these rules anyway?

And just like I made them, I can break them. That’s the beauty of self-rules.

Therefore, I hereby declare a five-way tie for 1st place and will allow each winner to pick one of these three prizes that I planned to award to the 1st, 2nd and 3rd place winners: the audio version of Deep in the Heart: A Memoir of Love and Longing read by the author who would be moi, my most recent book The Short Side of Time or my personal favorite I’ll Call It Like I See It: A Lesbian Speaks Out.

Here are the stellar Top Five Quotes and the Quote-a-holics that submitted them in the order they were received:

“Always remember that you are absolutely unique. Just like everyone else.”  Margaret Mead submitted by Lisa Martin

“Hope is the thing with feathers

That perches in the soul

And sings the tune without the words

And never stops at all.” Emily Dickinson submitted by Melissa Bech

“We don’t pay enough attention to the words ‘over’ and ‘next.’ When something is over, it’s over, and we are on to next. If there were a hammock in the middle, between over and next, that would be what’s meant by living in the moment.” Norman Lear submitted by Maggie Seibel

“Love never dies, it merely sleeps…then wakes, drinks a few beers, watches a good film and has a laugh with its buddy Respect.

“It took me years to understand that words are often as important as experience, because words make experience last.” Willie Morris submitted by Suzanne Christensen

And these are the next five awesome Runners-Up quotes in the order they were received:

“By the time I’m thin, fat will be in.” sign on a cafe wall submitted by Warren Wood

“There’s a disco in discomfort.” submitted by Big Sugar Night

“The time you enjoy wasting is not wasted time.” Bertrand Russell submitted by Bob Williamson

And there you have them – Memorable Quotes for every occasion and the occasional Memorable Quote. They are the crown jewels, the pearls of wisdom and the gold nuggets of truth that are the keys to happiness…okay, now I’ve gone too far. At any rate, they are all entertaining with a hint of enlightenment. What else could you ask for in a quote…

Enjoy and be collecting now for next year’s contest!

Thank you so much to all who participated and to all who follow us faithfully in cyberspace. Bless your hearts.

*My apologies to LeighAnne Thacker Cogdill for not listing her for the Michelle Obama quote, also. I ain’t right, and I’m the first to admit it. Thanks for understanding!

Sheila Morris is a personal historian, essayist with humorist tendencies, lesbian activist, truth seeker and speaker in the tradition of other female Texas storytellers including her paternal grandmother. In December, 2017, the University of South Carolina Press published her collection of first-person accounts of a few of the people primarily responsible for the development of LGBTQ organizations in South Carolina. Southern Perspectives on the Queer Movement: Committed to Home will resonate with everyone interested in LGBTQ history in the South during the tumultuous times from the AIDS pandemic to marriage equality. She has published five nonfiction books including two memoirs, an essay compilation and two collections of her favorite blogs from I'll Call It Like I See It. Her first book, Deep in the Heart: A Memoir of Love and Longing received a Golden Crown Literary Society Award in 2008. Her writings have been included in various anthologies - most recently the 2017 Saints and Sinners Literary Magazine. Her latest book, Four Ticket Ride, was released in January, 2019. She is a displaced Texan living in South Carolina with her wife Teresa Williams and their dogs Spike, Charly and Carl. She is also Nana to her granddaughter Ella James born 10-01-2019. Born in rural Grimes County, Texas in 1946 her Texas roots still run wide and deep.
View all posts by Sheila Morris →
This entry was posted in Lesbian Literary, Personal and tagged Bertrand Russell, Emily Dickinson, margaret mead, michelle obama, norman lear, Third Annual Memorable Quotes Contest, willie morris. Bookmark the permalink.