Pretty escaped the confinement of her hospital bed and the Magic Motion Machine yesterday afternoon and was deliriously happy to be liberated!

When she went to her therapy session after her release, everyone was pleased that she can now bend her knee to 126 whereas before her procedure she could only do 106. I am not sure what all these numbers actually mean, but I do know the optimum number range is 120 – 130 for knee bending because Pretty told me so herself, and now she is smack dab in the middle of the range so all is well at the moment.

As Thanksgiving rolls around for us at Casa de Canterbury, we find ourselves planning an unusual family gathering here.  (Yes, well, the family is unusual like most families, and it’s highly unusual for everyone to be here.) We normally drive to the Upstate to the party room of the First Baptist Church of Fingerville, South Carolina to share a meal with Pretty’s mother’s remaining family members plus our son and his wife, her dad, her sister and brother-in-law. Since that would be a tough trip for her to make this year, her immediate family members are coming here.

While Pretty was at her second post-Magic Machine PT this morning, I ordered the ham and turkey from the helpful folks at Honey Baked Hams. Yum.

As my regular cyberspace friends already know, Thanksgiving is my favorite holiday of the year. I think that love affair began when I was a little girl living with my grandmother who started roasting a turkey in a very special small oven in the wee hours of the morning and I awoke to the aroma of that baking bird plus a variety of fresh apple and cherry pies which would be served with an extra sprinkling of sugar and a small shaving of butter on top of the crust when it was done.

I slept in a tiny enclosed porch next to the kitchen at my grandmother’s house until I was thirteen years old, and the only partition between the kitchen and my bed was a folding  piece of plastic that looked like an accordion when it was closed. The unbelievable smells from the kitchen bypassed the plastic curtain and enveloped me when I awoke on Thanksgiving morning. Who wouldn’t love a holiday that began like that…

Spike will be the official Family Greeter for us 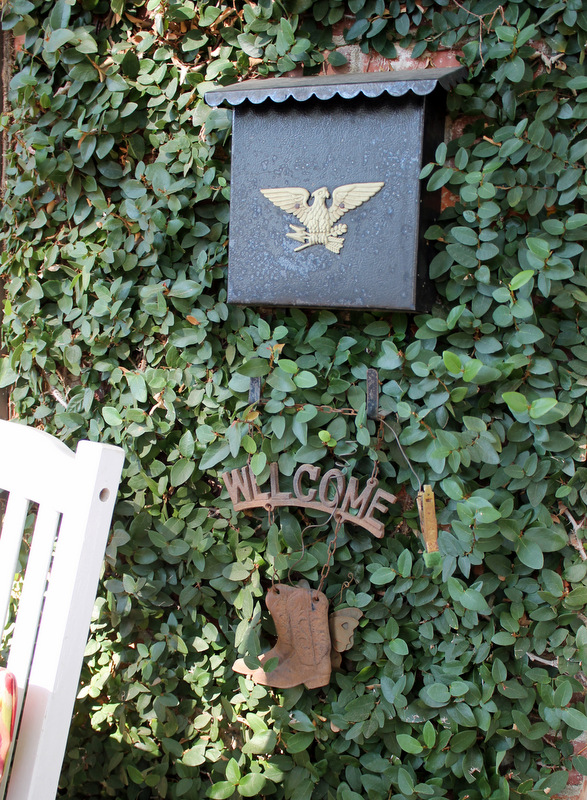 We have much to be thankful for this Thanksgiving. Pretty is home, and I am still able to take care of her with the help of an army of friends who have stood by our side in the past few months to support us with taxi services, food, flowers and general fun to lighten our burdens and anxieties. Bless all of your hearts for all you have done and continue to do.

Thank you again to our cyberspace followers who have had an ongoing bond with The Red Man and his family for the past six years. We love you all and wish all of you a Happy Thanksgiving with your family and friends. Count us among those.

Sheila Morris is an essayist with humorist tendencies who periodically indulges her desires to write outside her genre by trying to write fiction and poetry. In December, 2017, the University of South Carolina Press published her collection of first-person accounts of a few of the people primarily responsible for the development of LGBTQ organizations in South Carolina. Southern Perspectives on the Queer Movement: Committed to Home will resonate with everyone interested in LGBTQ history in the South during the tumultuous times from the AIDS pandemic to marriage equality. She has published five nonfiction books including two memoirs, an essay compilation and two collections of her favorite blogs from I'll Call It Like I See It. Her first book, Deep in the Heart: A Memoir of Love and Longing received a Golden Crown Literary Society Award in 2008. Her writings have been included in various anthologies - most recently the 2017 Saints and Sinners Literary Magazine. Her latest book, Four Ticket Ride, was released in January, 2019. She is a displaced Texan living in South Carolina with her wife Teresa Williams and their dogs Spike and Charly. Her Texas roots are never far from her thoughts.
View all posts by Sheila Morris →
This entry was posted in Life, Personal, Reflections, Slice of Life, The Way Life Is and tagged autumn colors in the South, family gatherings at Thanksgiving, Thanksgiving. Bookmark the permalink.

5 Responses to Pretty Set Free in Time for Thanksgiving!