Do You Know the Way to…Tuskegee?

The trip between Atlanta, Georgia and Montgomery, Alabama on I-85 is one Pretty and I have made at least a gazillion times in our years of wandering back and forth between Texas and South Carolina. We have our favorite welcome centers, rest areas, cheap gas prices with freshest candy bars convenience stores, and I am always impressed when Pretty remembers the exact location of a Zoe’s restaurant in every town that has one.

Between Auburn and Montgomery, however, there is a road sign we always pass that says Tuskegee Airmen National Historic Site next exit. The conversation usually goes Hey, we need to see that, but we don’t have time. We’ll do it later.

“Later” finally showed up yesterday on our trip to New Orleans. 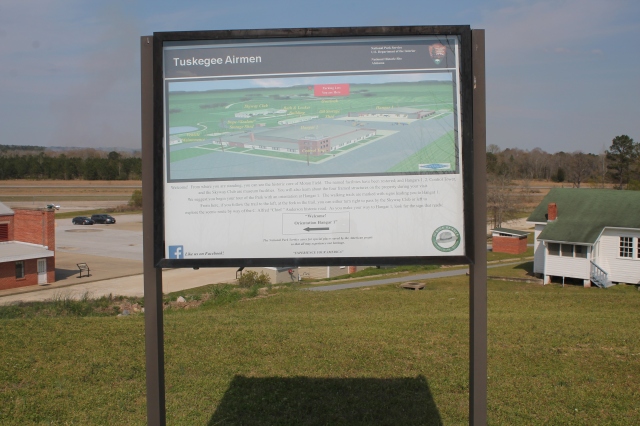 During WWII more than 10,000 African-American men and women worked at Moton Field to train military aviators, both pilots and bombers, for the war. The military at that time was still racially segregated, but patriotism was not. 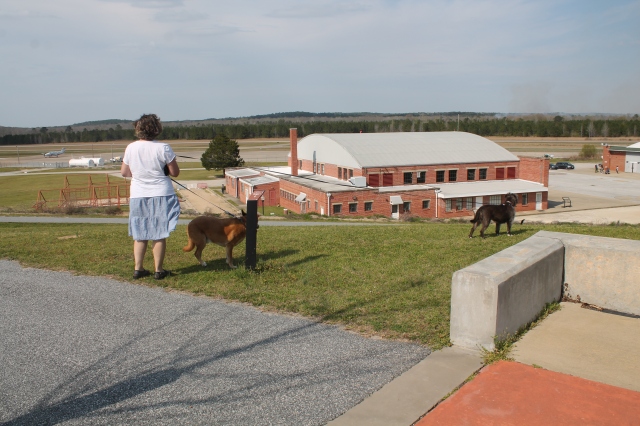 The dogs and I sent Pretty to tour the actual hangars and bring us up to date on the history, so she gets credit for the interior photos.

The airmen were educated in town at what was then known as the Tuskegee Institute and transported by bus every day to Moton Field which is a few miles from downtown. We followed that route from the National Historical Site to have a look at Tuskegee University today.

Where modern architecture of today’s campus… 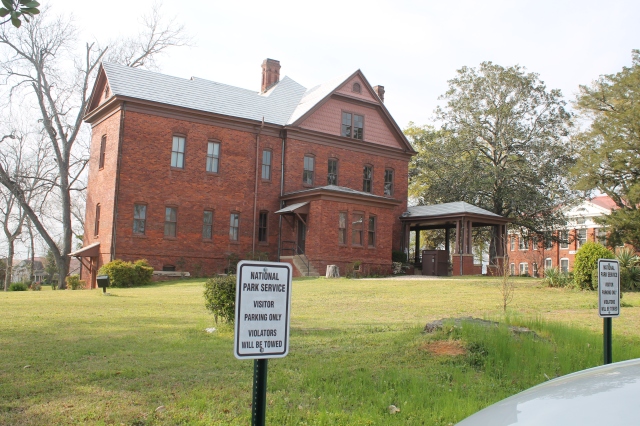 …meets history around the corner at

to preserve the rich heritage

of the historically black university that is Tuskegee

Sheila Morris is a personal historian, essayist with humorist tendencies, lesbian activist, truth seeker and speaker in the tradition of other female Texas storytellers including her paternal grandmother. In December, 2017, the University of South Carolina Press published her collection of first-person accounts of a few of the people primarily responsible for the development of LGBTQ organizations in South Carolina. Southern Perspectives on the Queer Movement: Committed to Home will resonate with everyone interested in LGBTQ history in the South during the tumultuous times from the AIDS pandemic to marriage equality. She has published five nonfiction books including two memoirs, an essay compilation and two collections of her favorite blogs from I'll Call It Like I See It. Her first book, Deep in the Heart: A Memoir of Love and Longing received a Golden Crown Literary Society Award in 2008. Her writings have been included in various anthologies - most recently the 2017 Saints and Sinners Literary Magazine. Her latest book, Four Ticket Ride, was released in January, 2019. She is a displaced Texan living in South Carolina with her wife Teresa Williams and their dogs Spike, Charly and Carl. She is also Nana to her granddaughter Ella James born 10-01-2019. Born in rural Grimes County, Texas in 1946 her Texas roots still run wide and deep.
View all posts by Sheila Morris →
This entry was posted in Life, Personal, photography, Reflections and tagged tuskegee airmen, tuskegee institute. Bookmark the permalink.

4 Responses to Do You Know the Way to…Tuskegee?