Once upon a time on the corner of Canterbury and Manning in a city called Columbia lived a family of two lesbians and their dogs.

And the family was happy in their home which they called Casa de Canterbury because one of their dogs (The Red Man) spoke fluent Spanish.

For years and years the old woman Slow and Pretty and their dogs lived in the casa which saw seasons come and go because that is the way seasons act.

The old woman Slow got slower and slower as her knees rebelled whenever she climbed or came down the 14 steps connecting the first and second levels of the casa. Even Pretty’s younger knees grew so angry with her she had to get a new one in 2016, but that really didn’t help her very much and didn’t help Slow at all.

And so it became clear to Slow and Pretty they had to leave Casa de Canterbury for…what? new digs. So that is what they are going to do. They are moving west across the Congaree, Saluda and Broad rivers closer to Texas – but not much – to West Columbia, South Carolina, which is not to be confused with where Slow went to high school: West Columbia, Texas. How weird is that? Let’s hope she isn’t confused by this coincidence.

As the family says goodbye to Casa de Canterbury, they invite you to take a little trip down memory lane with them through a few of the seasons at their casa over the next several posts. 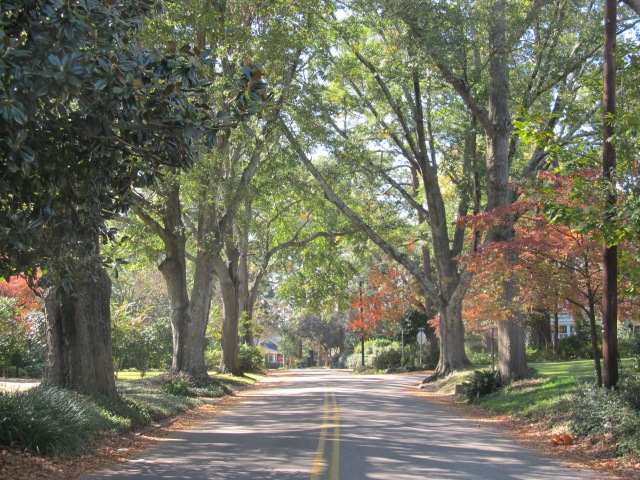 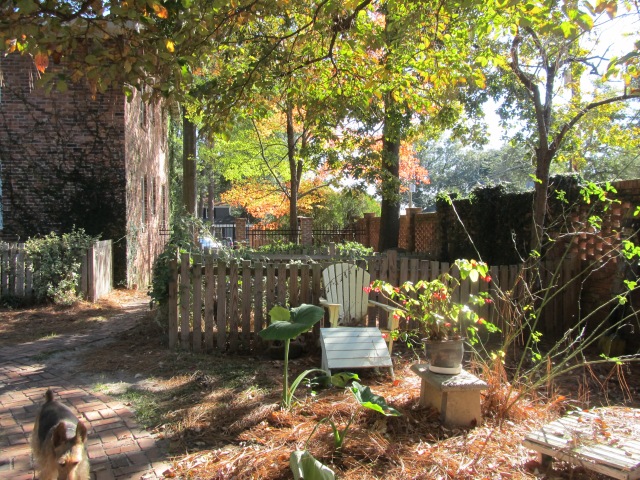 The Red Man on backyard patrol 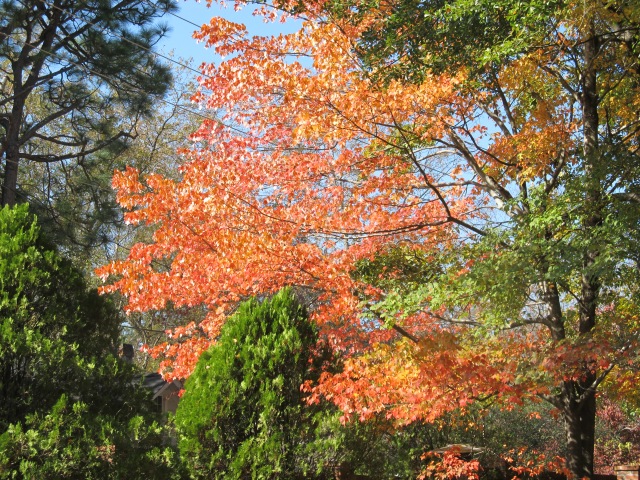 on Manning Avenue side of front yard 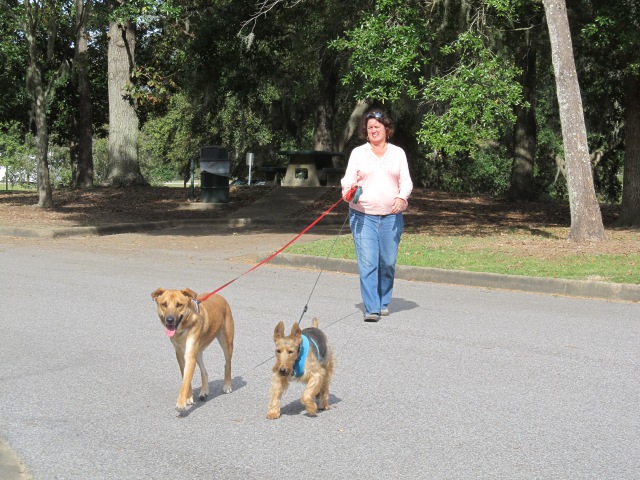 From 2010 to 2014 the two lesbians and their dogs were bi-stateual because they lived on Worsham Street in Texas and also at Casa de Canterbury in South Carolina. They felt like they were always on the road between the two places they called home. 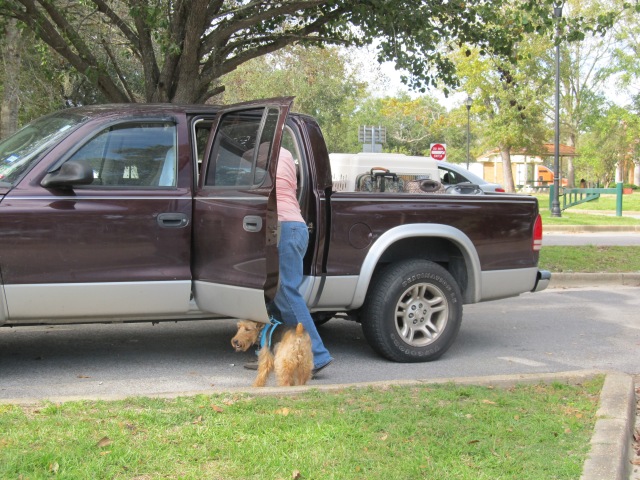 Pretty was in charge of driving

and dog walking while Slow was in 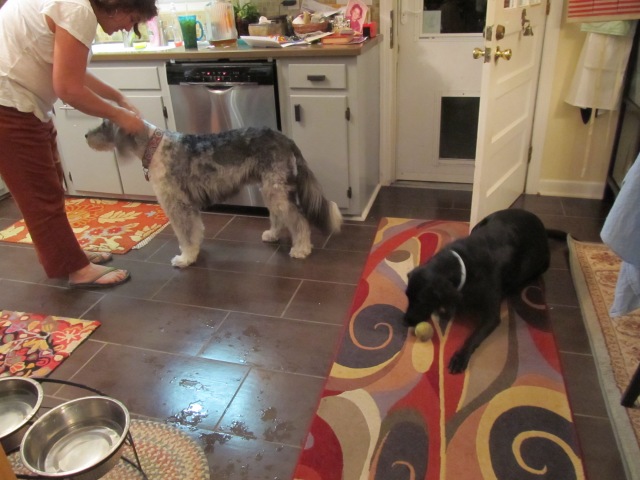 they all became a blur

But she was never too busy to celebrate Halloween.

Pretty at the Mast General Store

Sheila Morris is a personal historian, essayist with humorist tendencies, lesbian activist, truth seeker and speaker in the tradition of other female Texas storytellers including her paternal grandmother. In December, 2017, the University of South Carolina Press published her collection of first-person accounts of a few of the people primarily responsible for the development of LGBTQ organizations in South Carolina. Southern Perspectives on the Queer Movement: Committed to Home will resonate with everyone interested in LGBTQ history in the South during the tumultuous times from the AIDS pandemic to marriage equality. She has published five nonfiction books including two memoirs, an essay compilation and two collections of her favorite blogs from I'll Call It Like I See It. Her first book, Deep in the Heart: A Memoir of Love and Longing received a Golden Crown Literary Society Award in 2008. Her writings have been included in various anthologies - most recently the 2017 Saints and Sinners Literary Magazine. Her latest book, Four Ticket Ride, was released in January, 2019. She is a displaced Texan living in South Carolina with her wife Teresa Williams and their dogs Spike, Charly and Carl. She is also Naynay to her two granddaughters Ella and Molly James who light up her life for real. Born in rural Grimes County, Texas in 1946 her Texas roots still run wide and deep.
View all posts by Sheila Morris →
This entry was posted in Lesbian Literary, Life, Personal, photography, Reflections. Bookmark the permalink.