Cayce Festival of the Arts

I usually reserve pictures for the Old Woman Slow’s Photos, but I thought I should share these with all of you who wished me well for the Cayce Festival of the Arts today…my good friend Donna Magrath of Evergreen Mosaics finagled around and arranged for her friends (including me) to be in the booths next to her. Good job, Donna. 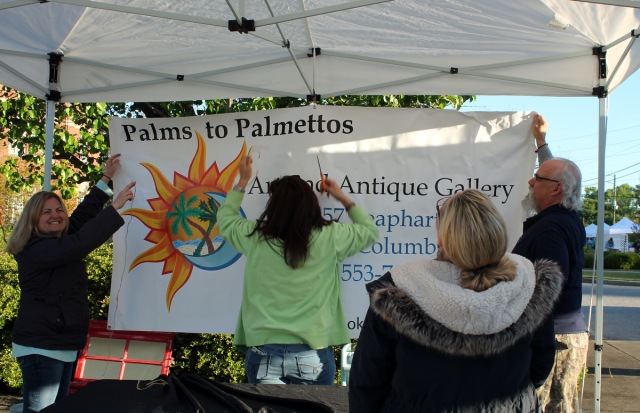 Donna insisted we all be there at 7:15 a.m. which is very early for me to be anywhere other than bed these days. Oh, well. It was only one day. Anything for the arts. 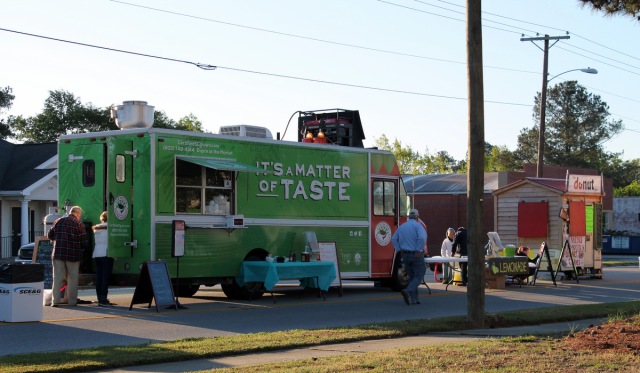 Donuts and coffee my first stop at the Festival

The mini-donuts were fried and a smaller version of Elephant Ears at the State Fair.  Thank goodness I only got a small order. Delicious – but somewhat of a shock to the digestive system at 8 a.m. 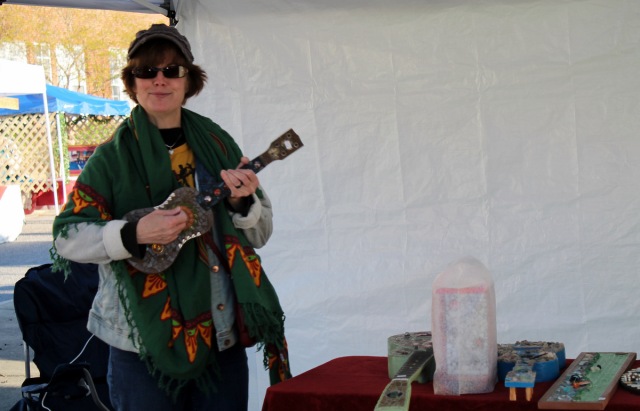 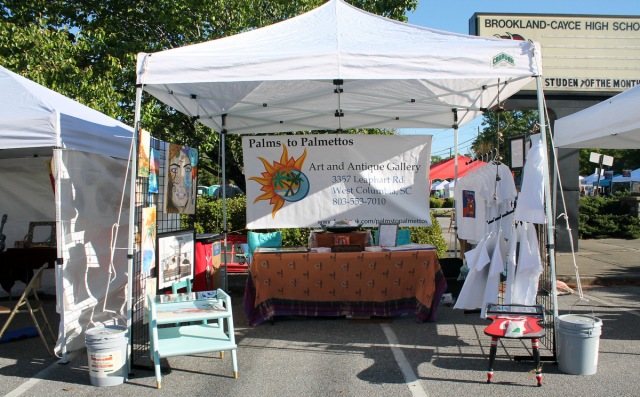 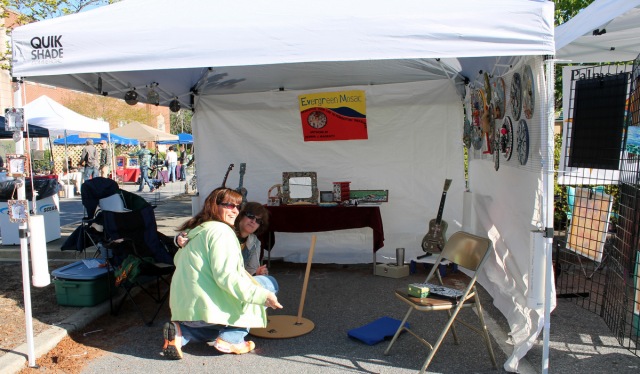 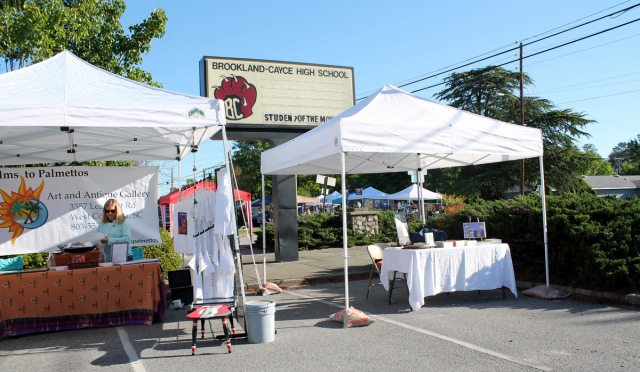 My booth much easier to set up

Thanks to my good friend Brenda Jo Bowen for loaning me her tent which would have been perfect if not for the 100 mph winds that blew ALL DAY LONG.  I had to hold my posters or try to catch them as they flew toward State Street and the Donut truck. After several hours of this, my friend Kati VanAernum dropped by for a visit and suggested the tent had to go before it took off like a kite and landed on an innocent bystander. I had visions of lawsuits swimming in my head so a man I didn’t know who happened to be chatting with me and  who turned out to be a sweet young Republican running for office in Lexington County helped Kati take down the tent while I watched.  This was a day of high drama.

Over 90 vendors participated in the Festival this year 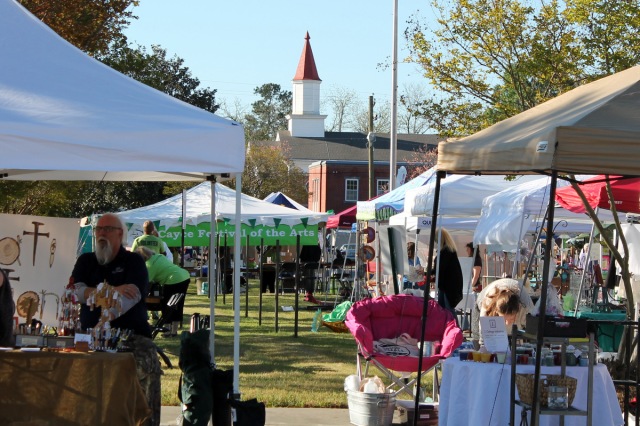 State Street Baptist Church towered over us in the background

Interesting tidbit about this church – I was the Minister of Music and Youth there in the mid 1970s – forty years ago…a lifetime ago…for three years. I never could have imagined at the time that I would be sitting in a booth in 2016 selling my books right down the street from where I led the choir for three worship services every Sunday. Unbelievable. Inconceivable.

Thanks so much to the friends who came out to see me and especially to my friends Dawn and Karen who actually bought one of the two books I sold! The other one was bought by a woman from El Paso, Texas, who had come to South Carolina to visit her daughter who had just had a baby. I think she bought a copy of my first book Deep in the Heart because it has a picture of the state of Texas in the background on the cover.

Thanks to Teresa for driving me to buy the four 40-lb bags of sand last night to hold down the tent today and for getting up at the crack of dawn to take me to Cayce to set up the booth and for spending two hours with me during the day to see that I had a lunch break and for coming back at 5:00 p.m. to break down the booth and carrying those same four 40-lb bags of sand back to the car along with all the books I didn’t sell and for taking care of Spike at the house when she wasn’t seeing about me or going to yard sales. Whew. No wonder she’s sound asleep tonight.

Which is where I probably should be, too. I had a great adventure, met lots of really neat people and shocked a few others who didn’t like the “L-word” on a book cover; but then you can’t please everyone all the time.  All in all, a memory maker of a day, as Granny Selma used to say, and I wouldn’t trade for it.

Sheila Morris is a personal historian, essayist with humorist tendencies, lesbian activist, truth seeker and speaker in the tradition of other female Texas storytellers including her paternal grandmother. In December, 2017, the University of South Carolina Press published her collection of first-person accounts of a few of the people primarily responsible for the development of LGBTQ organizations in South Carolina. Southern Perspectives on the Queer Movement: Committed to Home will resonate with everyone interested in LGBTQ history in the South during the tumultuous times from the AIDS pandemic to marriage equality. She has published five nonfiction books including two memoirs, an essay compilation and two collections of her favorite blogs from I'll Call It Like I See It. Her first book, Deep in the Heart: A Memoir of Love and Longing received a Golden Crown Literary Society Award in 2008. Her writings have been included in various anthologies - most recently the 2017 Saints and Sinners Literary Magazine. Her latest book, Four Ticket Ride, was released in January, 2019. She is a displaced Texan living in South Carolina with her wife Teresa Williams and their dogs Spike, Charly and Carl. She is also Nana to her granddaughter Ella James born 10-01-2019. Born in rural Grimes County, Texas in 1946 her Texas roots still run wide and deep.
View all posts by Sheila Morris →
This entry was posted in Humor, Personal and tagged cayce festival for the arts. Bookmark the permalink.

9 Responses to Cayce Festival of the Arts