a day at the farm off backswamp road

Pretty and I love nothing more than taking our dogs for unleashed adventures, and the farm off Backswamp Road in Hopkins, South Carolina has always been one of our favorite stomping grounds. The farm owned by our good friends Dick and Curtis has a lovely old  house that’s tucked off the country road that leads us there from Columbia. Their home has been the site of countless fundraisers for the LGBTQ community and other local charities over the past 30 years because its owners are generous, ready to share their southern hospitality for a good cause or just a dinner for a few friends.

But it is the acreage surrounding the home that has been a favorite spot for our dogs to run until their tongues hang out with joy and weariness. So in October of 2014 Pretty and I took our three dogs, The Red Man (rescued Welsh terrier), Chelsea the tennis ball chaser (black lab), and Spike the squirrel chaser (yellow lab/ shepherd mix) out to the farm for an afternoon romp. The day was one of those days you can forgive South Carolina its blistering summer heat for the perfect weather she gives us in autumn.

I hope you enjoy these images as you envision three city dogs who must be leashed on their walks in their neighborhoods as they experience the freedom of the farm.

the pool cover entertained all afternoon

Red and Spike busy exploring – Spike has always been a follower

Red would rather explore by himself 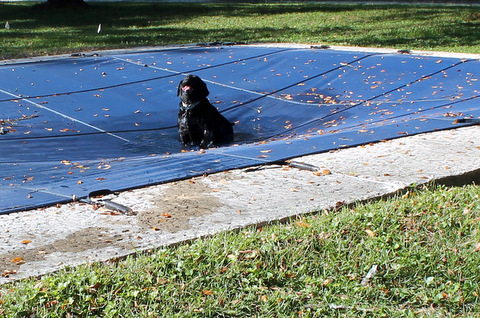 what do labs love? WATER!! 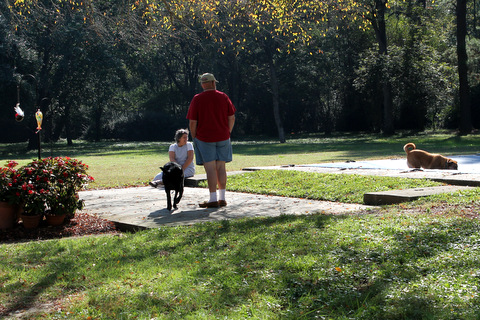 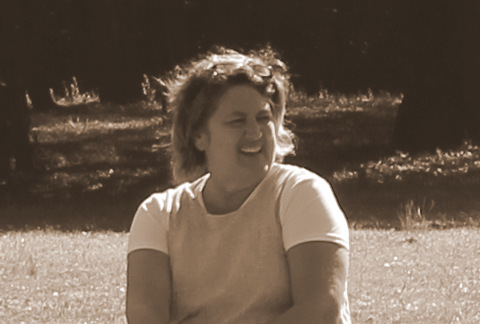 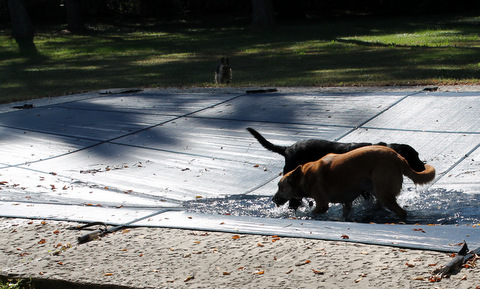 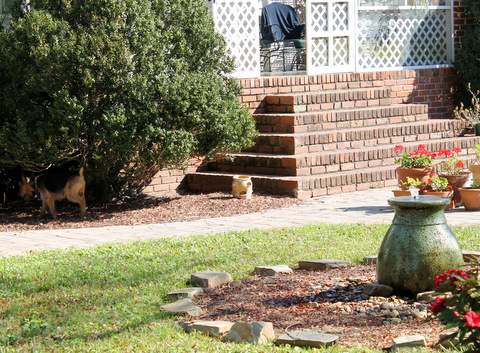 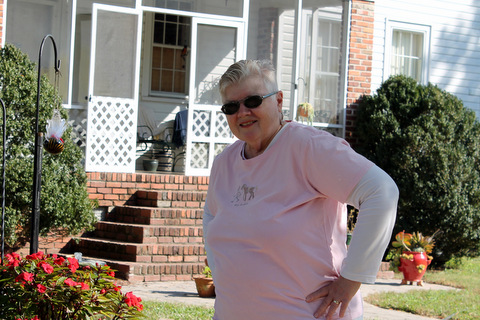 who says I can’t play? 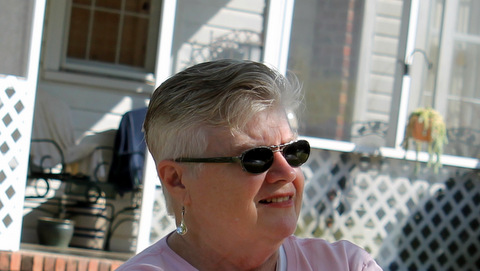 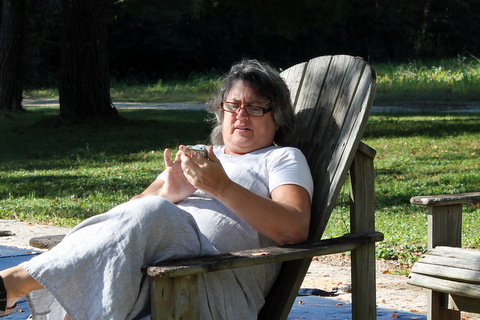 Pretty and her cell phone 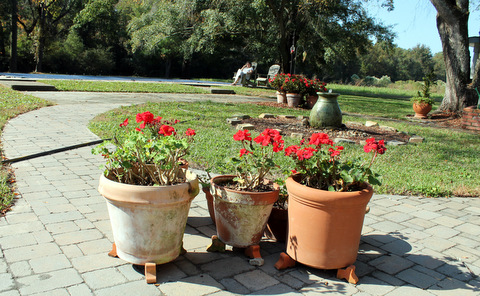 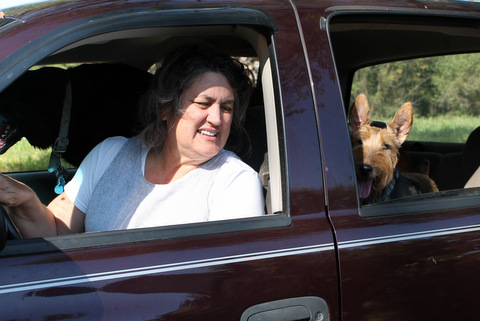 we had the best time – thank you, Dick, for inviting us!

This day is one of my favorite memories. Red and Chelsea lived until the beginning of 2016, but they both had cancer and their last year of 2015 was a tough one for all of us. Spike continues to live on with us today and now has Charly around to torment him. That’s ok – he didn’t like being an only dog.

We still love to visit the farm, but I haven’t been able to go as often as I would like.  We’re grateful for the standing invitation. Hopefully after this second knee surgery at the end of August, I might be able to make another visit this October. Fingers crossed.

Sheila Morris is a personal historian, essayist with humorist tendencies, lesbian activist, truth seeker and speaker in the tradition of other female Texas storytellers including her paternal grandmother. In December, 2017, the University of South Carolina Press published her collection of first-person accounts of a few of the people primarily responsible for the development of LGBTQ organizations in South Carolina. Southern Perspectives on the Queer Movement: Committed to Home will resonate with everyone interested in LGBTQ history in the South during the tumultuous times from the AIDS pandemic to marriage equality. She has published five nonfiction books including two memoirs, an essay compilation and two collections of her favorite blogs from I'll Call It Like I See It. Her first book, Deep in the Heart: A Memoir of Love and Longing received a Golden Crown Literary Society Award in 2008. Her writings have been included in various anthologies - most recently the 2017 Saints and Sinners Literary Magazine. Her latest book, Four Ticket Ride, was released in January, 2019. She is a displaced Texan living in South Carolina with her wife Teresa Williams and their dogs Spike, Charly and Carl. She is also Naynay to her two granddaughters Ella and Molly James who light up her life for real. Born in rural Grimes County, Texas in 1946 her Texas roots still run wide and deep.
View all posts by Sheila Morris →
This entry was posted in Humor, Lesbian Literary, Life, Personal, photography, Reflections, Slice of Life, The Way Life Is and tagged backswamp road, dogs unleashed on a farm frolic. Bookmark the permalink.

10 Responses to a day at the farm off backswamp road