(I wonder how many Olympians had a version of this mantra when they were children?)

serious business after nap this afternoon 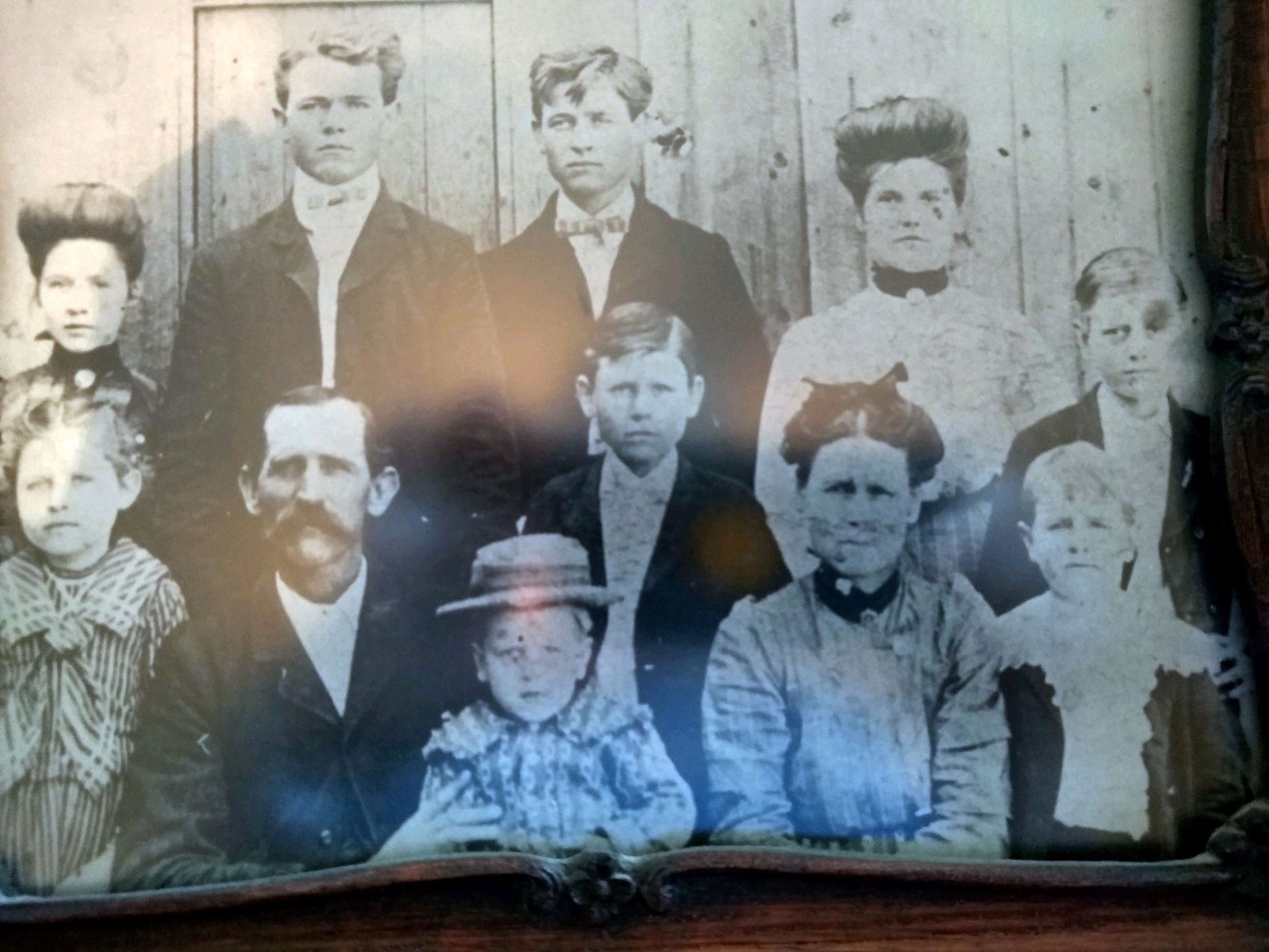 July 29, 1898. My grandfather George Patton Morris was born in Huntsville, Walker County, Texas. This is a picture of his family except for the eldest son who had already left the farm when this picture was made. George is the little fellow standing to the right of his mother in the bottom row. He was the 9th. of 10 children – seven boys and three girls – born to James W. and Margaret Antonio Moore Morris in their home(s) in Texas. This family portrait looks very similar to many family images I’ve seen at the turn of the century in the early 1900s.

But of course, what makes these people special to me is that I am their descendant. George had three children in his twenties, the youngest was my father. When George was 47 years old, I was born to that son Glenn and his wife Selma.

My grandfather’s family was neither prominent, wealthy, nor even well educated. From what I have found through oral family lore, they weren’t a fun loving group, either; yet they worked hard and somewhere along the way held fast to imagine, dream, believe, always.

I had the greatest good fortune to grow up in Richards, the town where my grandfather had a single chair barber shop – a town less than 30 miles from where he was born, a small town in rural southeast Texas. I learned many lessons from my grandfather in that barber shop – not the least of which was that he loved me without reservation and helped me to imagine, dream, believe in family, always.

My grandfather I called Pa would have been 123 years old today. I wish he could have met Ella James – he would have loved her without reservation, and that’s a gift I will happily pass on to her every chance I get.

Thankfully family isn’t limited to direct ancestry – occasionally we have second chances for broader understandings of the bonds we share with others. 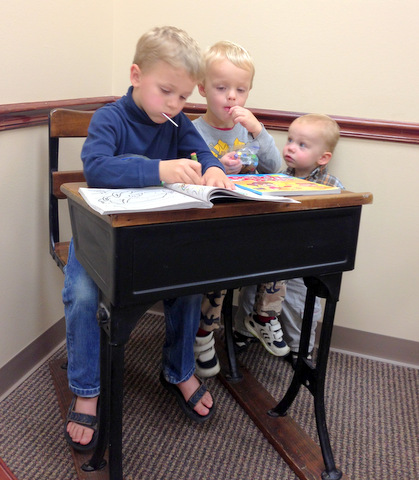 The Fabulous Huss Brothers as I knew them

Pretty and I had a home on Worsham Street in Montgomery, Texas from 2010 – 2014. Montgomery is a town in Texas coincidentally only 18 miles from Richards. We had wonderful loving friends there during a difficult period, and I had grandparent “schooling” from three little boys I called the Fabulous Huss Brothers.  Although I haven’t seen them in more than four years, their mother Becky sends me pictures at random moments. This week she sent me several from a canoe trip vacation on the Boundary Waters, including this one that I think is priceless.

From our twenty-two month old granddaughter Ella to my grandfather who would have been more than a century old today to the Huss family on Worsham Street in Texas – nothing means more to me than the people of my past and present who are  always…family.

Sheila Morris is a personal historian, essayist with humorist tendencies, lesbian activist, truth seeker and speaker in the tradition of other female Texas storytellers including her paternal grandmother. In December, 2017, the University of South Carolina Press published her collection of first-person accounts of a few of the people primarily responsible for the development of LGBTQ organizations in South Carolina. Southern Perspectives on the Queer Movement: Committed to Home will resonate with everyone interested in LGBTQ history in the South during the tumultuous times from the AIDS pandemic to marriage equality. She has published five nonfiction books including two memoirs, an essay compilation and two collections of her favorite blogs from I'll Call It Like I See It. Her first book, Deep in the Heart: A Memoir of Love and Longing received a Golden Crown Literary Society Award in 2008. Her writings have been included in various anthologies - most recently the 2017 Saints and Sinners Literary Magazine. Her latest book, Four Ticket Ride, was released in January, 2019. She is a displaced Texan living in South Carolina with her wife Teresa Williams and their dogs Spike, Charly and Carl. She is also Naynay to her two granddaughters Ella and Molly James who light up her life for real. Born in rural Grimes County, Texas in 1946 her Texas roots still run wide and deep.
View all posts by Sheila Morris →
This entry was posted in family life, Humor, Lesbian Literary, Life, Personal, photography, Reflections, Slice of Life, The Way Life Is and tagged bonds of family not connected through DNA, family ancestry in early 1900s, Olympics, summer camp for kids. Bookmark the permalink.