My apologies to my followers in 61 countries around the world (but especially to my top five followers for 2013: Wayside Artist, Bob Lamb the novelist, coyotero2112, peacelovegreatcountrymusic and currentdescendent) who have come to expect a certain quality of thoughtful essays on topics of general interest to my readers.  Thank you for your comments and encouragement as we make our way together through the confusion we recognize as our particular slice of life.

I felt the “thoughtful commentary” slipping a bit in my last post about the movies, but I moved gaily forward anyway and concluded my ramblings with the underlying themes of the films as a rationale for the previous post.  I have to say the response has been underwhelming which ought to make a blogger return to dance with the one who brung her.  Not so fast, my friend.

Today I sink to a new low, and I admit it before you read another word.  I have to blame my digression from thoughtful commentary on something so I will simply say it’s my time of the year.  The endless annual parade of entertainment Award Shows, Super Bowl, Westminster Dog  Show, the Australian Open Tennis Tournament and the extra overload of the Sochi Winter Olympics this year have combined to conspire against me.  Woe is me.  I have become a Best of the Best junkie.

Hello, my name is Sheila, and I am a BOTB junkie.  I admit it, and I will rise above it in future thoughtful commentary so forgive me this trespass today as I forgive others who trespass against me.  And you know who you are.

Earlier this week Meryl Streep was a guest on Ellen.  That’s right.  Meryl Streep who I have loved through almost four decades of filmgoing – from as far back as Kramer vs Kramer and The French Lieutenant’s Woman ( was that really thirty-five years ago?) to August: Osage County as recently as two weeks ago.  Meryl was on the same small screen with my new BFF Ellen de Generes and they were hotter than a two-dollar pistol together.

Meryl had vacationed in South Africa in 2013 and entertained Ellen with stories from her trip. 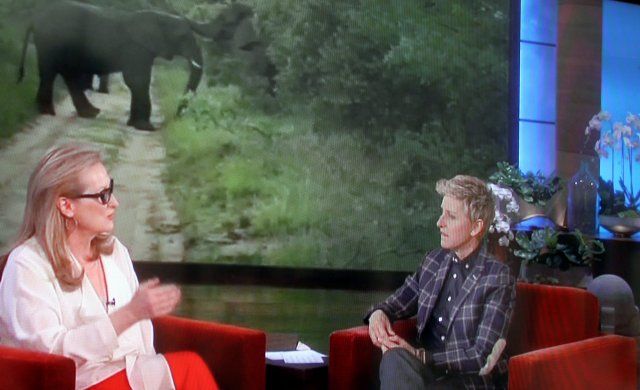 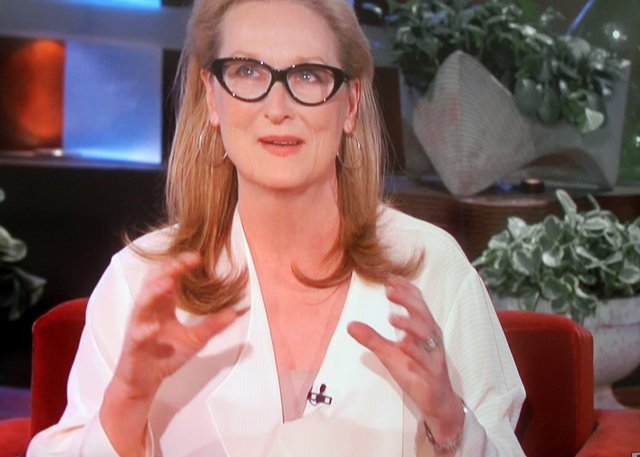 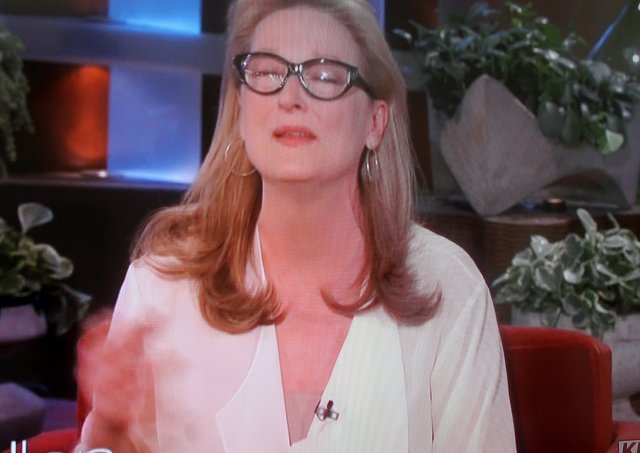 The conversation took a few turns from the African adventure and wound up in Osage County, Oklahoma. 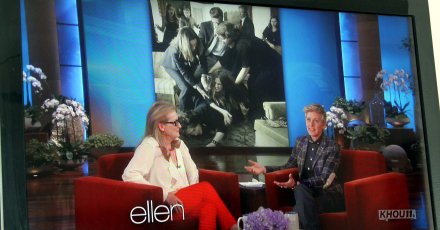 The final segment of the show was typical of Ellen’s poking fun at her guests, and Meryl wasn’t spared.  Ellen asked Meryl to read ordinary cooking recipes as different characters, and the results were hilarious! 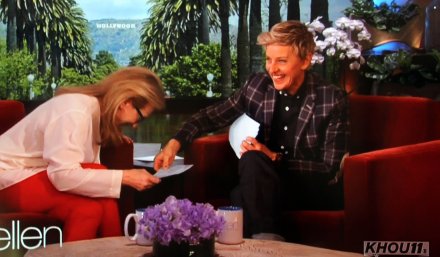 Oh, how I love women.  Regardless of color, race, sexual orientation, economic circumstances,  spiritual leanings,  religious or political preferences.  Okay – now I have gone too far and tipped the scales into hyperbole on the last two.  I reserve the right of first refusal there.

As for my personal preferences for women, however, give me funny and liberal thinkers any day of the week over humorless and narrow-mindedness.  This week I was lucky enough to see two of my favorite women interacting in a somewhat unstructured albeit artificial setting, and all I had to do was sit back and enjoy.

Sheila Morris is a personal historian, essayist with humorist tendencies, lesbian activist, truth seeker and speaker in the tradition of other female Texas storytellers including her paternal grandmother. In December, 2017, the University of South Carolina Press published her collection of first-person accounts of a few of the people primarily responsible for the development of LGBTQ organizations in South Carolina. Southern Perspectives on the Queer Movement: Committed to Home will resonate with everyone interested in LGBTQ history in the South during the tumultuous times from the AIDS pandemic to marriage equality. She has published five nonfiction books including two memoirs, an essay compilation and two collections of her favorite blogs from I'll Call It Like I See It. Her first book, Deep in the Heart: A Memoir of Love and Longing received a Golden Crown Literary Society Award in 2008. Her writings have been included in various anthologies - most recently the 2017 Saints and Sinners Literary Magazine. Her latest book, Four Ticket Ride, was released in January, 2019. She is a displaced Texan living in South Carolina with her wife Teresa Williams and their dogs Spike, Charly and Carl. She is also Nana to her granddaughter Ella James born 10-01-2019. Born in rural Grimes County, Texas in 1946 her Texas roots still run wide and deep.
View all posts by Sheila Morris →
This entry was posted in Humor, Lesbian Literary, Life, Personal, Random, Reflections, Slice of Life, The Way Life Is and tagged august osage county, ellen de generes, meryl streep, south africa vacation. Bookmark the permalink.

25 Responses to Somebody STOP Me!