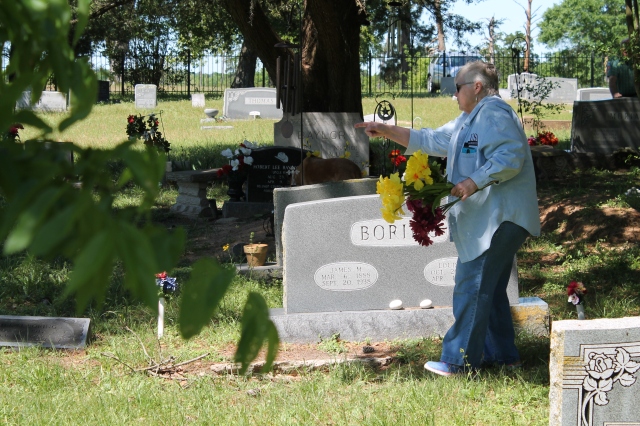 and for my dad, mom and their parents

(my friend Tinabeth came to help)

while I arranged the flowers

Spike and Charly ran so fast that the

Hey, where are our names? 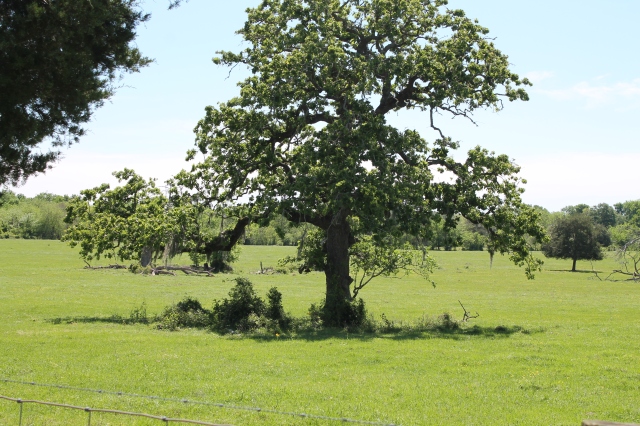 The view from our family plot is truly fair

When Pretty and I got to the cemetery this morning, there was a note under a stone at our grave that read Sheila, here’s my phone number. Call me. It was signed by Warren Wood and dated 03-28-17. I picked up my cell phone and gave him a call.

Warren was one of my favorite people when I was growing up. He lived up the dirt road from us, played basketball on my dad’s high school team, and usually sat with me every Friday night at the Richards Cafe where his mother made the best hamburgers ever. I called him, and he said he was still in the area at his house in Anderson and would meet me at the cemetery – which he did. I hadn’t seen Warren in 60 years, but we have kept in contact since my first book Deep in the Heart was published in 2007. Wow. Such a great visit.

His parents are near mine 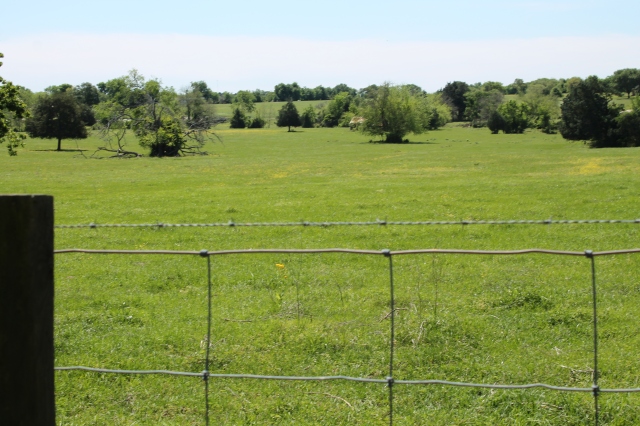 Being in the old familiar places with old familiar friends was a highlight of our trip to Montgomery and Grimes Counties for the past two days, but tomorrow it’s time to say goodbye to family and friends once more as we turn north toward Dallas and our Final Four destination.

Sheila Morris is a personal historian, essayist with humorist tendencies, lesbian activist, truth seeker and speaker in the tradition of other female Texas storytellers including her paternal grandmother. In December, 2017, the University of South Carolina Press published her collection of first-person accounts of a few of the people primarily responsible for the development of LGBTQ organizations in South Carolina. Southern Perspectives on the Queer Movement: Committed to Home will resonate with everyone interested in LGBTQ history in the South during the tumultuous times from the AIDS pandemic to marriage equality. She has published five nonfiction books including two memoirs, an essay compilation and two collections of her favorite blogs from I'll Call It Like I See It. Her first book, Deep in the Heart: A Memoir of Love and Longing received a Golden Crown Literary Society Award in 2008. Her writings have been included in various anthologies - most recently the 2017 Saints and Sinners Literary Magazine. Her latest book, Four Ticket Ride, was released in January, 2019. She is a displaced Texan living in South Carolina with her wife Teresa Williams and their dogs Spike, Charly and Carl. She is also Naynay to her two granddaughters Ella and Molly James who light up her life for real. Born in rural Grimes County, Texas in 1946 her Texas roots still run wide and deep.
View all posts by Sheila Morris →
This entry was posted in Humor, Lesbian Literary, Life, Personal, Reflections and tagged fairview cemetery, final four in dallas, go gamecocks. Bookmark the permalink.