Although South Carolina has been my home state for nearly 50 years, I was born and grew up in Texas. During one of my countless classic goodbye scenes with my parents in my early twenties, daddy quoted one of his favorite sayings, “you can take the girl out of Texas, but you can’t take Texas out of the girl.” No truer words were ever spoken. My reasons for leaving the state were complicated but boiled down to my attempt to figure out how to live an authentic life as a lesbian away from a family I assumed would not be supportive. I yearned for freedom – from what? As the song “Desperado” reminds me: freedom, oh freedom…that’s just some people talking.

From 2010 – 2014 I had a second chance to live in Texas by buying another home there in order to care for my mother who was then a freedom seeker herself in a losing battle with dementia that destroyed the woman she had been. While these second chance Texas years were deeply painful, they also gave me an opportunity to experience a new relationship with my mother as well as to renew family bonds with many cousins I had rarely seen for several decades.

Two of the cousins I spent time with were Eloise Robinson Powell and Frances Kelly Lee. Frances drove me to visit with Eloise in her home on O Avenue in Huntsville several times while I was there – as I had visited there when I was a child. Eloise was a double cousin – her mother married my grandmother’s brother, her father married my grandfather’s sister. Repeat three times.  Regardless of how you explain it, Eloise was a double first cousin of my father, and they were very close friends.

This past week I learned that Eloise had left her home on O Avenue to move permanently into an assisted living facility in Huntsville. I felt despondent at the thought of that move, but I needn’t have. Eloise called me today, and we talked for almost an hour with lots of laughter and wonderful reminiscing about our double family ancestors. I can’t imagine how she felt about leaving her home of a lifetime, but I know for sure she took her memories with her. She is looking forward to an annual gathering of three friends on March 20th. in her new home where there will be cake, she told me, but no mention of her birthday on the 21st. She prefers to keep her birthdays to herself. I won’t tell either.

I will tell Eloise is the second member of what we now call the 21 Club. Frances has a birthday on February 21st, Eloise is the 21st of March, I have April 21 and Pretty has May 21. None of us have any excuse for forgetting the other’s birthday, although I have to say Eloise is usually the only member to send a card. If I hadn’t had my second chance in Texas, I’m not sure the 21 Club would have been chartered.

Earlier this week I received a surprise UPS package from my cousin Frances who is a regular cousin for me. Frances’s mother and my paternal grandmother were Robinson family sisters and oh my, what sisters they were. Whenever those two were together, the rest of the family wasn’t spared from their fun poking and gossip sessions. My grandmother and her sister Thelma got together as often as they could, and my grandmother invited me many times to drive the short distance to Conroe from Richards with her. I never said no to a trip with her.

The UPS package Frances sent contained three family treasures from the house on O Avenue that Eloise asked Frances to ship to me. I was thrilled and wanted to share them with my cyberspace family.

My great-grandma Morris is the unsmiling woman seated in the first row. She was born on July 14, 1864 and married my great-grandfather William on December 15, 1880. They had 11 children in 23 years. Nine of their children are in this picture. The eldest, John Thomas, had been told to leave home when he turned 18 so he was gone. The youngest, Bernice Louise, would not be born until 1906. The little boy to the right of Grandma Morris was my grandfather George Patton who was born in 1898. Eloise’s mother Hattie Jane was the woman standing to the left on the top row. Aunt Hattie was born in 1889.

Margaret died on June 06, 1963 when she was 98 years old. Since I was 17 years old when she died, I had seen her several times throughout her life in Huntsville. I never met my great-grandfather because he died in 1927.  My most distinct memories of her were her tiny frame clothed in a black or navy dress, her frail appearance as she pushed a small chair in front of her that enabled her to walk through the house, long hair piled in a bun on top of her head, sweetest smile as she spoke, now let’s see, you must be Glenn’s daughter?

The 21 Club and my great-grandmother Morris are part of my women’s history month. I celebrate these women for their strength, their courage in the face of adversity, our shared DNA, their ongoing sense of humor with stories that always make me laugh.

When I talked to my cousin Eloise on the phone today, she told me a story about something that happened when she was in the third grade of her rural Crabbs Prairie elementary school in Walker County. The teacher asked the children in the class to give the definition of various words – one of them was the word “income.” One little girl raised her hand, stood up and said, “I opened the door and in come the dog.” The little girl forever was known as Income. 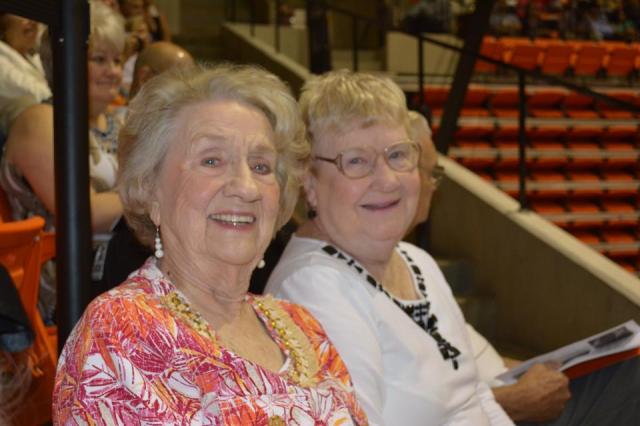 (used without permission from anybody)

Sheila Morris is an essayist with humorist tendencies who periodically indulges her desires to write outside her genre by trying to write fiction and poetry. In December, 2017, the University of South Carolina Press published her collection of first-person accounts of a few of the people primarily responsible for the development of LGBTQ organizations in South Carolina. Southern Perspectives on the Queer Movement: Committed to Home will resonate with everyone interested in LGBTQ history in the South during the tumultuous times from the AIDS pandemic to marriage equality. She has published five nonfiction books including two memoirs, an essay compilation and two collections of her favorite blogs from I'll Call It Like I See It. Her first book, Deep in the Heart: A Memoir of Love and Longing received a Golden Crown Literary Society Award in 2008. Her writings have been included in various anthologies - most recently the 2017 Saints and Sinners Literary Magazine. Her latest book, Four Ticket Ride, was released in January, 2019. She is a displaced Texan living in South Carolina with her wife Teresa Williams and their dogs Spike and Charly. Her Texas roots are never far from her thoughts.
View all posts by Sheila Morris →
This entry was posted in Lesbian Literary, Life, Personal, photography, Reflections, Slice of Life, The Way Life Is and tagged family, genealogy, photos from early 1900s. Bookmark the permalink.