“The oak trees were alive with color in the midst of the evergreens. Bright red and yellow leaves catching the sunlight as Daddy and I walked through the brush. The smell of the pines was fresh and all around us. We didn’t speak, but this was when I felt most connected to my father. Nature was a bond that united us and the gift that he gave me. And not just in those East Texas woods. He envisioned the whole earth as my territory and set me on my path to discovery. In 1958, this was remarkable in a girl’s father…

To this day, Thanksgiving remains my favorite holiday. It seems less commercial than the others and struggles to hold its own before the onslaught of merchandising that we call Christmas. The dinners in the fancy restaurants and hotels and cafeterias never measure up to the feasts my grandmothers served their families.

Perhaps, though, it is the love and closeness of those family ties that leave the sights and sounds that last a lifetime.”

This excerpt from the chapter Thanksgiving in the Piney Woods is from my first book Deep in the Heart: A Memoir of Love and Longing. I was so surprised when the book received a 2008 GCLS Literary Award – and thrilled, too. 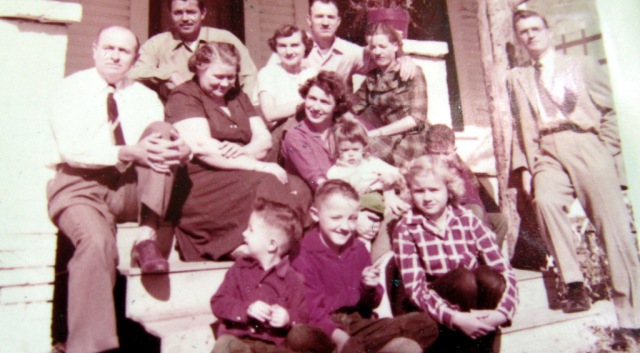 my family on my grandparents’ front steps circa 1956

(I am seated on the bottom row in my flannel shirt and corduroy pants,

unsmiling, at my mother’s request for some strange reason)

And now for Thanksgiving in 2019 we are beyond Thunder Dome thankful for the new family member we love to hold and hope she looks our way with smiles. Pretty is beside herself with our granddaughter Ella Elisabeth James, and so am I. 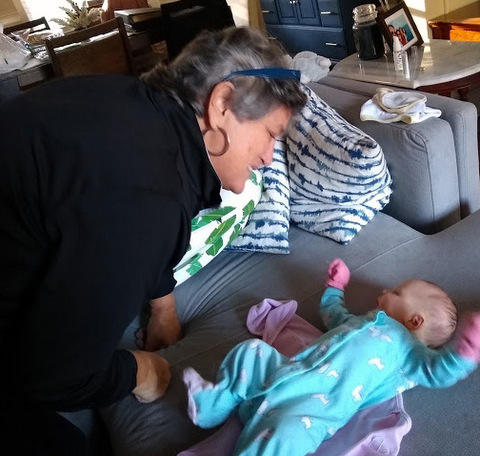 Pretty and I wish all of you in cyberspace that love and closeness on this special day for thanksgiving. 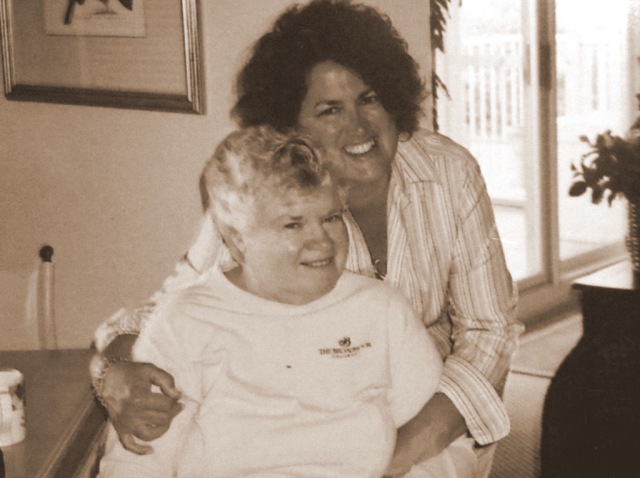 Sheila Morris is a personal historian, essayist with humorist tendencies, lesbian activist, truth seeker and speaker in the tradition of other female Texas storytellers including her paternal grandmother. In December, 2017, the University of South Carolina Press published her collection of first-person accounts of a few of the people primarily responsible for the development of LGBTQ organizations in South Carolina. Southern Perspectives on the Queer Movement: Committed to Home will resonate with everyone interested in LGBTQ history in the South during the tumultuous times from the AIDS pandemic to marriage equality. She has published five nonfiction books including two memoirs, an essay compilation and two collections of her favorite blogs from I'll Call It Like I See It. Her first book, Deep in the Heart: A Memoir of Love and Longing received a Golden Crown Literary Society Award in 2008. Her writings have been included in various anthologies - most recently the 2017 Saints and Sinners Literary Magazine. Her latest book, Four Ticket Ride, was released in January, 2019. She is a displaced Texan living in South Carolina with her wife Teresa Williams and their dogs Spike, Charly and Carl. She is also Naynay to her two granddaughters Ella and Molly James who light up her life for real. Born in rural Grimes County, Texas in 1946 her Texas roots still run wide and deep.
View all posts by Sheila Morris →
This entry was posted in Humor, Lesbian Literary, Life, Personal, photography, Reflections, Slice of Life, The Way Life Is and tagged deep in the heart: a memoir of love and longing, family gatherings at Thanksgiving, new granddaughter, piney woods of east texas, Thanksgiving. Bookmark the permalink.

9 Responses to thanksgiving is relative