If I could turn back ti-yahhhhhmmmme, as Cher famously sang, or if I could put time in a bottle, as Jim Croce once crooned, I’d have quite a few wishes involving the positioning of certain body parts and the lubrication of others (knees, naughty readers). But I can’t turn back time.

I will leave time travel to the four finalists in this year’s 2017 Australian Open: Serena Williams and Venus Williams in the women’s final, Roger Federer and Rafael Nadal in the men’s. 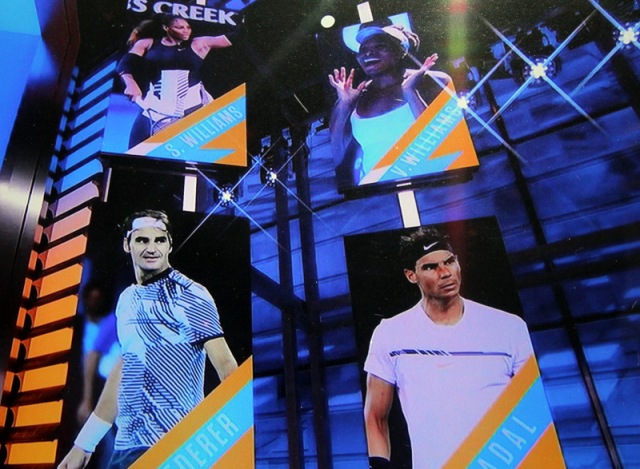 A Midsummer Night’s Dream Down Under

1st time in Grand Slams all 4 finalists in their 30s

The Williams Sisters have been the poster girls for American tennis for almost twenty years. Venus who is now 36 years old will play her 35-year-old younger sister Serena for the trophy in the tournament where they first played each other professionally in 1998. Let’s go over that again.

Venus and Serena Williams first played each other away from their sandlot version of tennis for real at the Australian Open in 1998 – nineteen years ago. Venus won and has beaten Serena 10 more times since then, but Serena leads the overall series 16 – 11. Venus is the oldest woman to reach the finals in the Open Era and has overcome enormous personal physical challenges to play tennis at all, never mind at the championship level. She hasn’t been in a final in Melbourne since 2003. That’s a long wait.

Serena is a woman on a mission for her 23rd. Grand Slam title which would put her in a championship class of her own ahead of Steffi Graf who now shares the most Major title wins with her at 22.

“For us both to be in the final is the biggest dream come true for us…a Williams is going to win this tournament…” Serena said after her semi-final win.

The Williams Sisters of yesteryear

Tick, tock, tick, tock…tennis days are fewer in the future than they were in the past for these two great American tennis icons, and I can’t wait to have my sleep interrupted one more night tonight to join them via the magic of the little screen at 3:00 a.m. ET in Australia.

If Pretty didn’t know better, she’d think I’d been having an affair for the past two weeks. And in a way, I have.

Roger Federer. Rafael Nadal. I can’t believe two men could give me so much pleasure, but I confess they have made me as happy when they’ve won Grand Slams on tennis courts through the years as the Lady Gamecocks do when they win bouncing bigger balls on a gym floor.

Roger and Rafa have played each other 34 times – nine of those have been in a Grand Slam final. Rafa has won 23 to Roger’s 11, but the Swiss Magician will have an extra day of rest before the men’s final in Melbourne Sunday morning, and that makes a difference in body recovery time.

And is it just me, or does Nadal seem to have to exert twice the energy Federer does to get the same winning results over his opponents? 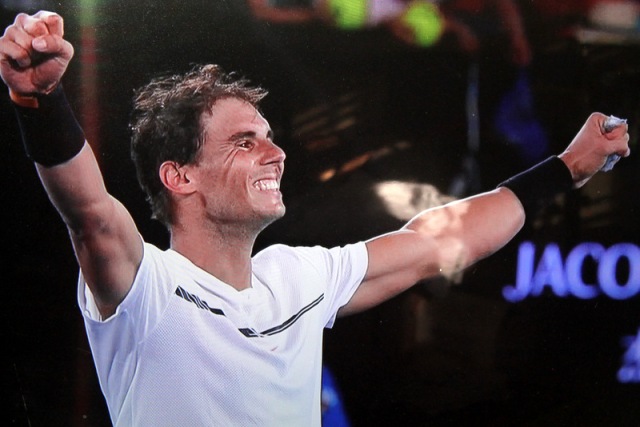 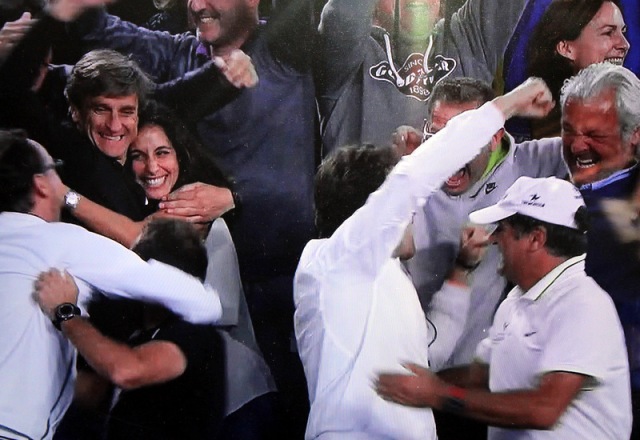 The Nadal family ecstatic after his semi-final win

Both Nadal and Federer were tested by grueling five-set matches in the semi-finals by younger competition; yet somehow, somewhere within themselves the great ones seem to find one more backhand up the line, one more forehand cross-court winner,one more ace, one more crouching volley at the net, one more overhead swing before the ball bounces, one more whatever to carry themselves to match point.

Whether graceful or grinding or some combination thereof, they persevere for years longer than they have to – or probably should force themselves to – because they have what so few younger players have these days: a passionate love for the game of tennis. It’s not about the money, folks, for these legends. It’s about the little yellow ball – and what they want to do to it. 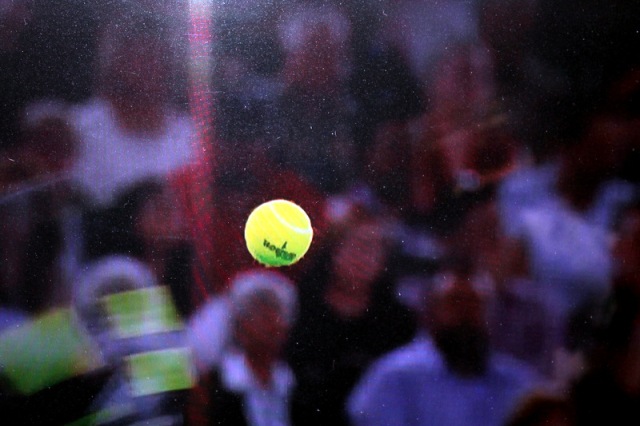 My heart is with Venus and Rafa, but I’ll be satisfied with one of the best Australian Opens in my memory regardless of who holds the trophy.

Sheila Morris is a personal historian, essayist with humorist tendencies, lesbian activist, truth seeker and speaker in the tradition of other female Texas storytellers including her paternal grandmother. In December, 2017, the University of South Carolina Press published her collection of first-person accounts of a few of the people primarily responsible for the development of LGBTQ organizations in South Carolina. Southern Perspectives on the Queer Movement: Committed to Home will resonate with everyone interested in LGBTQ history in the South during the tumultuous times from the AIDS pandemic to marriage equality. She has published five nonfiction books including two memoirs, an essay compilation and two collections of her favorite blogs from I'll Call It Like I See It. Her first book, Deep in the Heart: A Memoir of Love and Longing received a Golden Crown Literary Society Award in 2008. Her writings have been included in various anthologies - most recently the 2017 Saints and Sinners Literary Magazine. Her latest book, Four Ticket Ride, was released in January, 2019. She is a displaced Texan living in South Carolina with her wife Teresa Williams and their dogs Spike, Charly and Carl. She is also Nana to her granddaughter Ella James born 10-01-2019. Born in rural Grimes County, Texas in 1946 her Texas roots still run wide and deep.
View all posts by Sheila Morris →
This entry was posted in Life, Personal, Reflections, Slice of Life, sports and tagged australian open, rafael nadal, roger federer, serena williams, venus williams. Bookmark the permalink.