Three days after Christmas in 1944,  2nd. Lt. Glenn Morris flew the first of his 35 bombing missions over Germany with his crew of The Fortress. Their first target was Siegburg, a town near Bonn in the North Rhine – Westphalia region. That night he wrote Selma another letter, but the mission clearly shook him. This letter’s tone introduced a note of uncertainty about their relationship that he hadn’t expressed in his previous ones.

(the only letter with blue markings)

I’ve often wondered if you couldn’t guess just how much I miss you at different times. You know, sometimes you are the only thing that makes me want to be back there. I could go on forever telling you that I see you everywhere I go & etc., but you’d enjoy that too much.

In not so long a time I’ll be back with you. It already seems like ages to me. Do you ever sorta forget about me, unconsciously, I mean, just forget. That is one of the most horrible things I can think of. Well, enough of that.

Tonight some of the guys wanted me to play on the Field team, but I had a rather hard day so, for once, I refused a basketball game.

Well, Baby, I must go to sleep, for I am very tired, but not too tired to say goodnight to the one I love.

Selma, the girl back home

On New Year’s Eve, their target was Kassel…then Magdeburg on New Year’s Day, 1945…next up was Modrath near Cologne on January 3rd…Cablenz on the 5th. – names of places he probably had a hard time spelling – much less pronouncing – but places he had to locate as the navigator for his crew of The Fortress.

He had a break for eight days and wrote to his parents at home in Richards, Texas on January 8, 1945. His older brother Ray was also in England with the 8th. Air Corps. Ray worked on the ground crew for airplane maintenance and loaded the bombs for the flyboys.

Glenn (l.) and Ray with their mother before the war 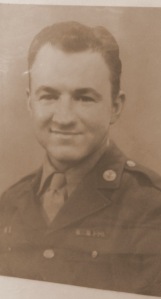 Ray (l.) and buddies on leave

It shouldn’t be too long before I get a letter from you now. Klepps, the tail gunner, got 2 letters addressed to this APO, so if you’re not falling down on the job, I should be hearing from you very soon. I might say that I’ve missed those letters quite a bit. Tell Selma she’d better write every day or I’ll divorce her. That would be a low blow, wouldn’t it?

Now Mama, don’t get alarmed, but I have a slight cold again. It’s the first one I’ve had in a long time. I take sulfa diazine tablets every day. That probably explains it. Other than the slight cold, I am O.K. I know there’s no use to tell you not to worry about me cause you’ve been doing that so long it’s got to be habit. There’s no use in your quitting now. Ha.

I’m to see Ray once and for all next Sunday and Monday. Every 3 weeks we get 48 hour passes, and finally my turn is coming up. Here is part of our conversation.

“Well, where have you been? You little devil what happened to you? I’ve been worried about you. How many missions have you flown? Etc.”

He’s still the same old boy. Have you heard anything about Dick Merrill {a friend from Richards}? He’s probably a P.W. There’s a better than even chance he is.

A mobile PX came here the other day. I bought 15 pounds worth of stuff. That’s about $60. I bought another blouse that I’m gonna have made into a battle jacket. They are sharp.

Hoping to hear from you soon,

Tell Lucy to write to me.” 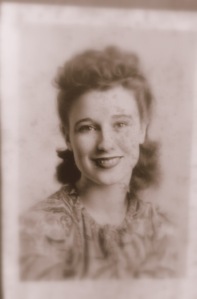 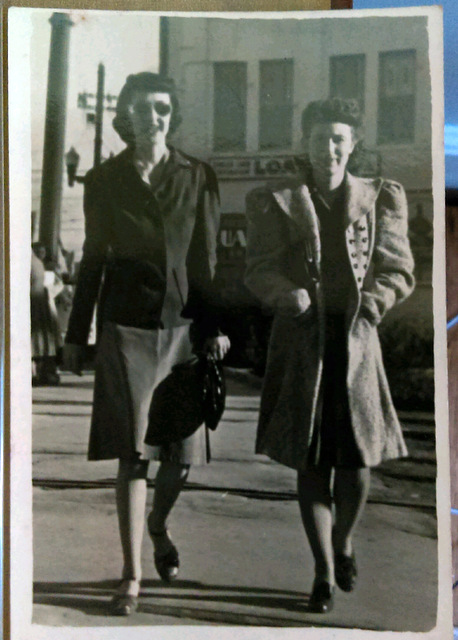 ( along with Selma’s oldest brother Marion and cousin C.H.)

Missions continued through January…Karlsruhe, a city near the French border where a large Jewish population had been deported to the Auschwitz concentration camp before the strike…then Paderborn… followed by Aschaffenberg in Bavaria…the largest target in January was Cologne which was a Military Area Command Headquarters for the German army and the fourth largest city in Germany…January ended with a second run over Coblenz.

On January 22, 1945 in the midst of these military activities, Glenn took time to write to Selma who was back at Baylor University in Waco after her Christmas break.

I’m sorry again that I haven’t written you within the last few minutes. Are you getting my letters? I suppose you are. Very dull, isn’t it? I could tell you a lot, Baby, but better not. Will you settle for something new like, ‘I love you’? I know you get tired of that. It is so trite, yet so true.

I got the scarf yesterday, and how did you know it was cold over here? It will really make old Ray’s eyes widen the next time I see him, which will be soon, I hope. He’s on pass now, I suppose. Funny thing, he can’t some to see me, but I can go to see him. He can, but he won’t. That girl in Doncaster takes up his time.

Very peaceful scene tonite. Three of us around the stove writing letters and the radio going full tilt. I never had it so good. Still there is something missing. You, no doubt.

Write to me often now, little girl. I love you,

The air strikes came fast and furious for the airmen in January of 1945 while all of their families and friends back home fretted about their safety. How many would come home, they wondered…we’ll wait with them for now.

Sheila Morris is a personal historian, essayist with humorist tendencies, lesbian activist, truth seeker and speaker in the tradition of other female Texas storytellers including her paternal grandmother. In December, 2017, the University of South Carolina Press published her collection of first-person accounts of a few of the people primarily responsible for the development of LGBTQ organizations in South Carolina. Southern Perspectives on the Queer Movement: Committed to Home will resonate with everyone interested in LGBTQ history in the South during the tumultuous times from the AIDS pandemic to marriage equality. She has published five nonfiction books including two memoirs, an essay compilation and two collections of her favorite blogs from I'll Call It Like I See It. Her first book, Deep in the Heart: A Memoir of Love and Longing received a Golden Crown Literary Society Award in 2008. Her writings have been included in various anthologies - most recently the 2017 Saints and Sinners Literary Magazine. Her latest book, Four Ticket Ride, was released in January, 2019. She is a displaced Texan living in South Carolina with her wife Teresa Williams and their dogs Spike, Charly and Carl. She is also Naynay to her two granddaughters Ella and Molly James who light up her life for real. Born in rural Grimes County, Texas in 1946 her Texas roots still run wide and deep.
View all posts by Sheila Morris →
This entry was posted in Humor, Lesbian Literary, Life, Personal, photography, politics, racism, Reflections, Slice of Life, The Way Life Is and tagged bombing squads in 8th air force, german targets by allies, small towns in texas in wwii, World War II. Bookmark the permalink.